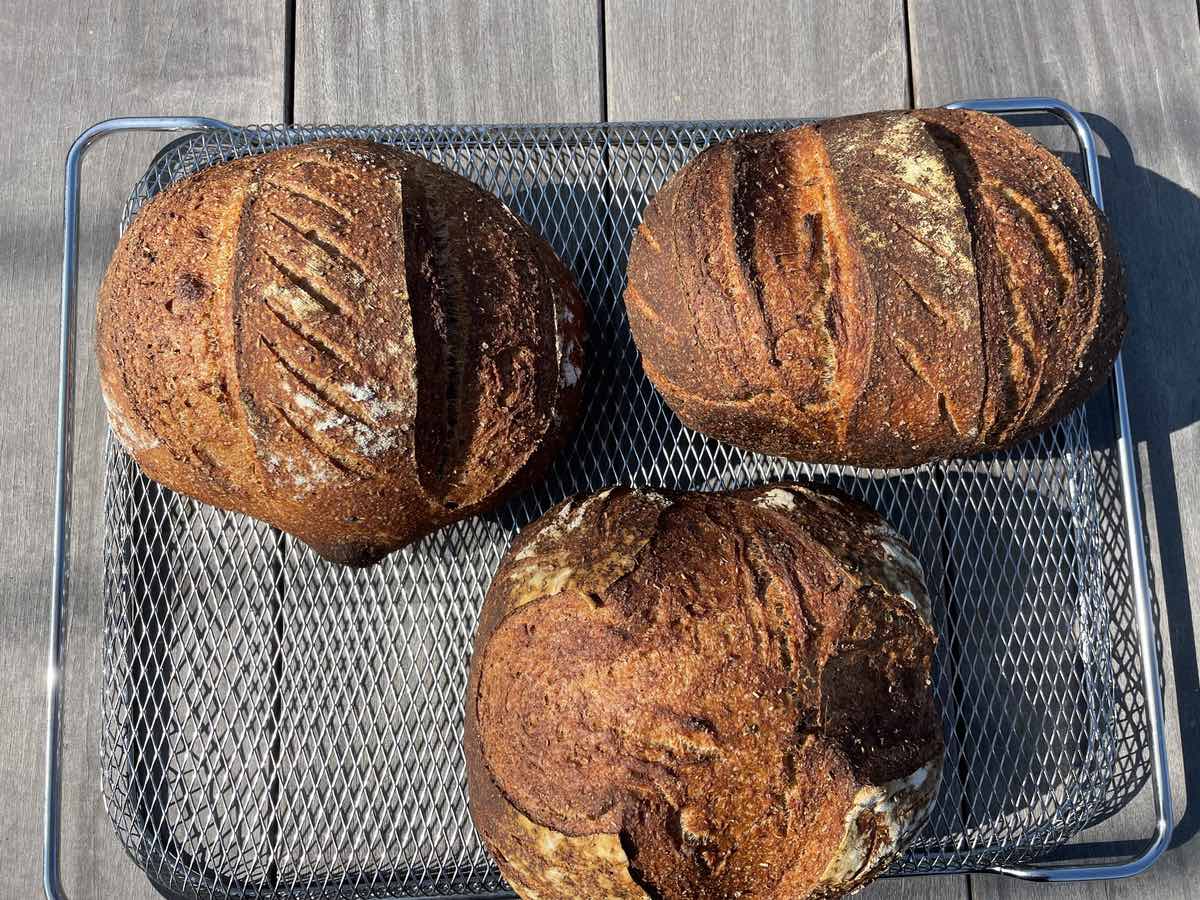 Lots of whole wheat in these.

I wanted to try a higher hydration (84%) and at the same time bump up the amout of whole wheat (80%). I also wanted to try cooking three loaves at once, all without the combo cooker, in my smaller oven.

So that's what I did. I preheat the oven to 540°,convection fan off, threw the loaves in there (on baking stones), and then added about 6 ice cubes underneath it all. After about ~13 minutes of baking, it didn't look so good in there. The amount of rise that I was expecting didn't quite happen and it wasn't browning.

I opened the door to feel how humid it was in there and also to use a laser thermometer on the stones. The temperature was around 440°, but it was quite humid. So I turned on the convection fan and bumped the temp up to 550°. Things started cooking a bit better but I think it was also a bit too late. I usually cook at 505° with the combo cooker + convection. I was hoping the higher temp would offet the ice and extra loaves. Maybe next time I'll just start everything at 550° with the convection fan and see what happens.

80% whole wheat (Hi-Pro of some sort) and then 20% Expresso from Cairnspring. 82% hydration. Here's the recipe on my dough calculator.