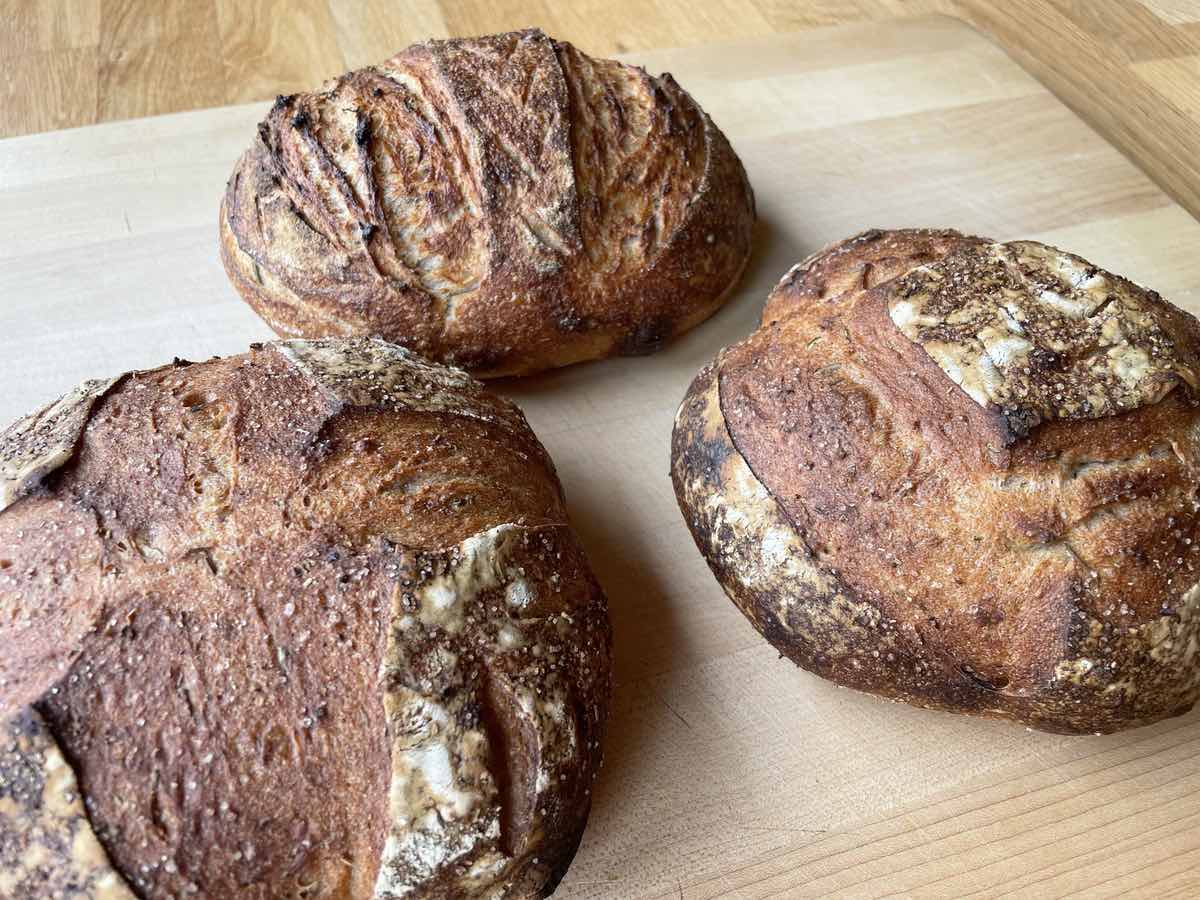 Some rosemary bread with a new starter.

Madeline wanted to make a starter a couple of weeks ago (after hearing me complain loudly about how my friend George's starter was superior to mine). So we made one and used some rosemary in the garden as a little catalyst to get it going (assuming there was good local wild yeast on it). It was pretty uneventful and the easiest starter I've ever made.

And these are the first loaves made with it.

60% whole wheat (Shepherd's Grain that I've had frozen) and then 40% Grain Craft Neapolitan Pizzeria 00 flour. 82% hydration. Here's the recipe on my dough calculator.

I decided to cook the loaves in the bigger chamber oven (I have a 48" Wolf range with two ovens - 18" and 30"). I'll usually use the smaller oven and bake the bread in a combo cooker, but this time around I wanted to use the bigger oven and cook two loaves at once.

The first loaf I cooked used the combo cooker (and I throw in two ice cubes) at 15 minutes covered, 8 uncovered. That's the loaf on top. The second two I threw on my pizza stones at the same time and baked for a total of about 20 minutes. I also added four ice cubes below the stones to give the dough more time to expand, which I think helped, but not as much as I was hoping. Maybe I'll add more ice next time?

At any rate, the second two cooked better than I expected but not quite what I'm going for. Eventually I'd like to be able to cook 4-8 at a time, but I'm not sure this is the right oven for that.

I'm taking two loafs to the climbing gym tonight for the employees there. Might as well bring a bread knife with me, because they otherwise end up using a dirty pocket knife to slice it.