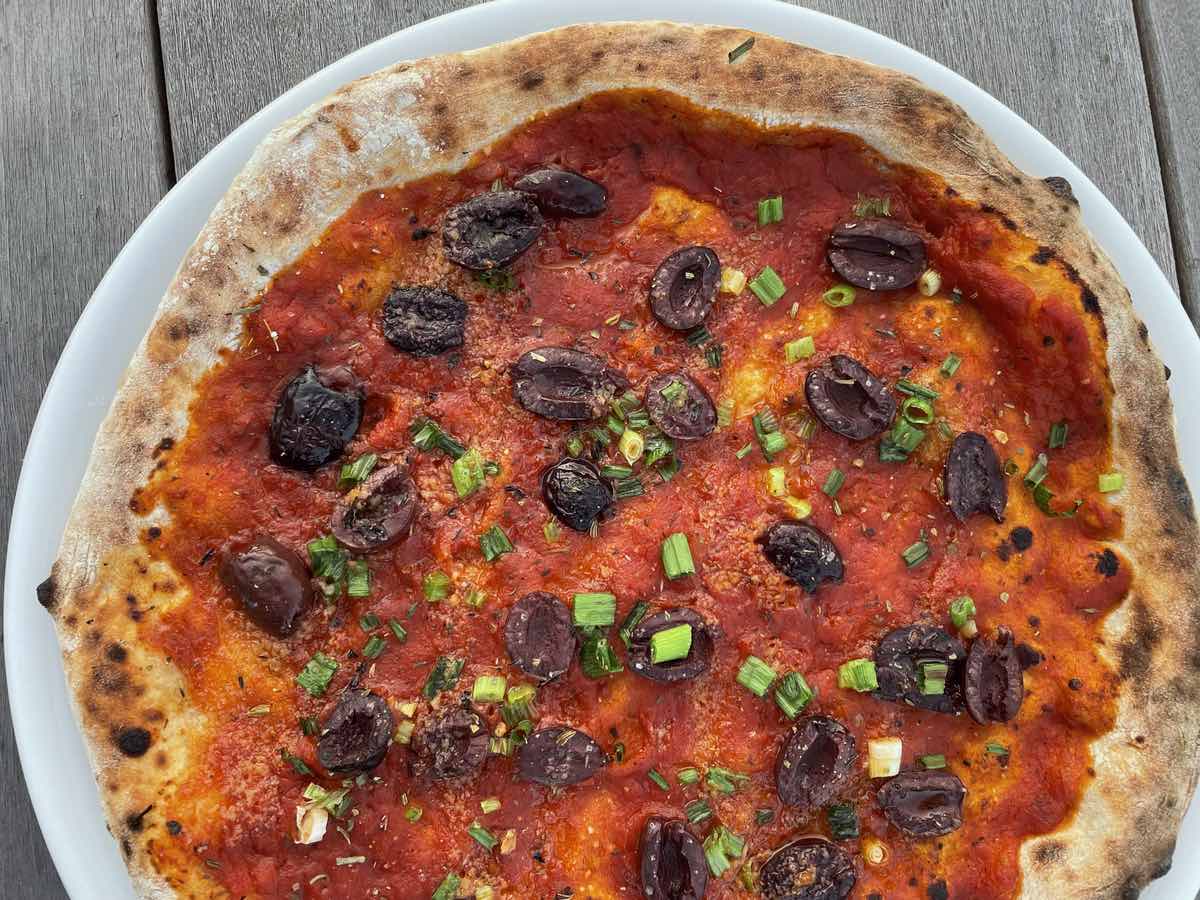 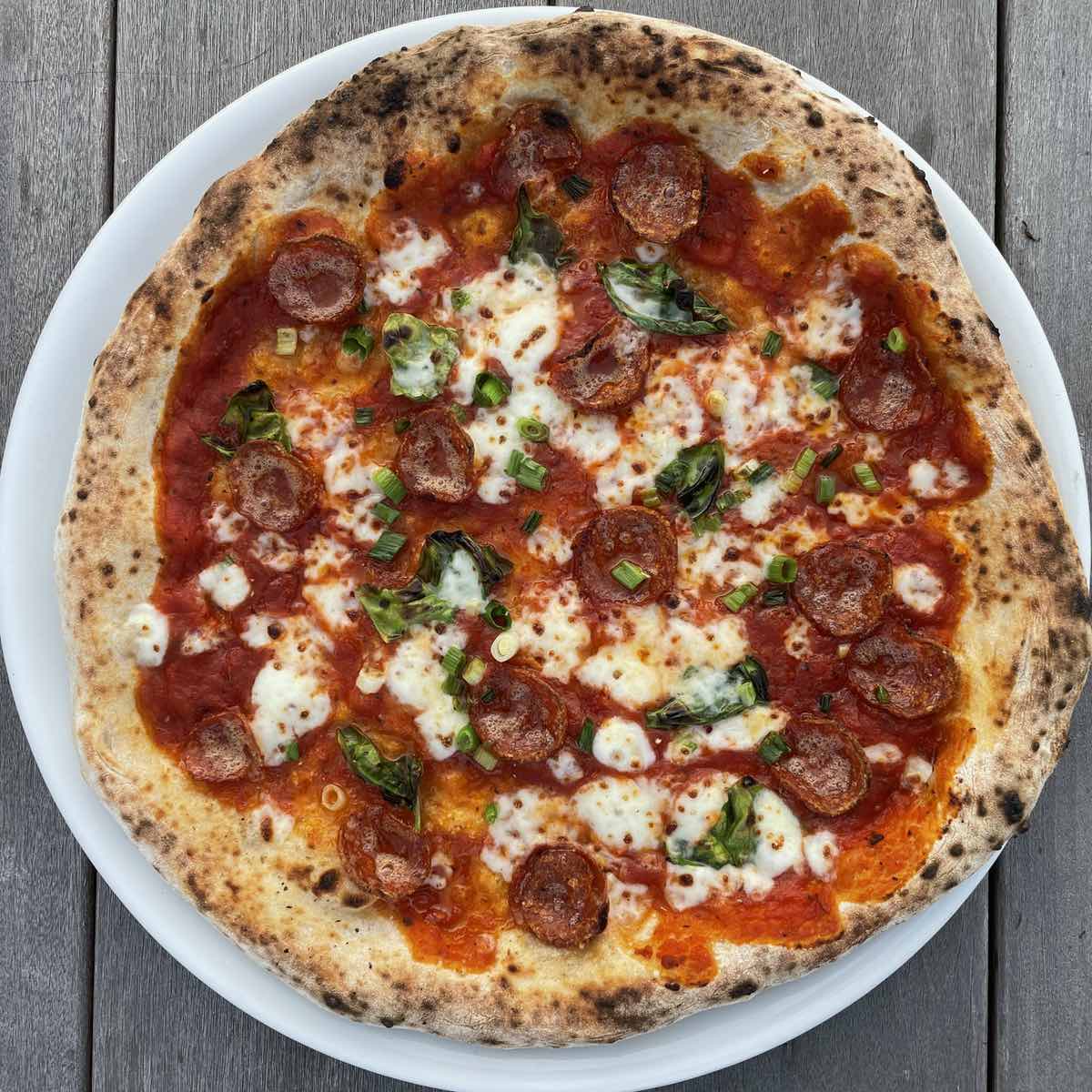 Pepperoni with green onions for Aiden. Less cheese than usual becauese I was almost out. 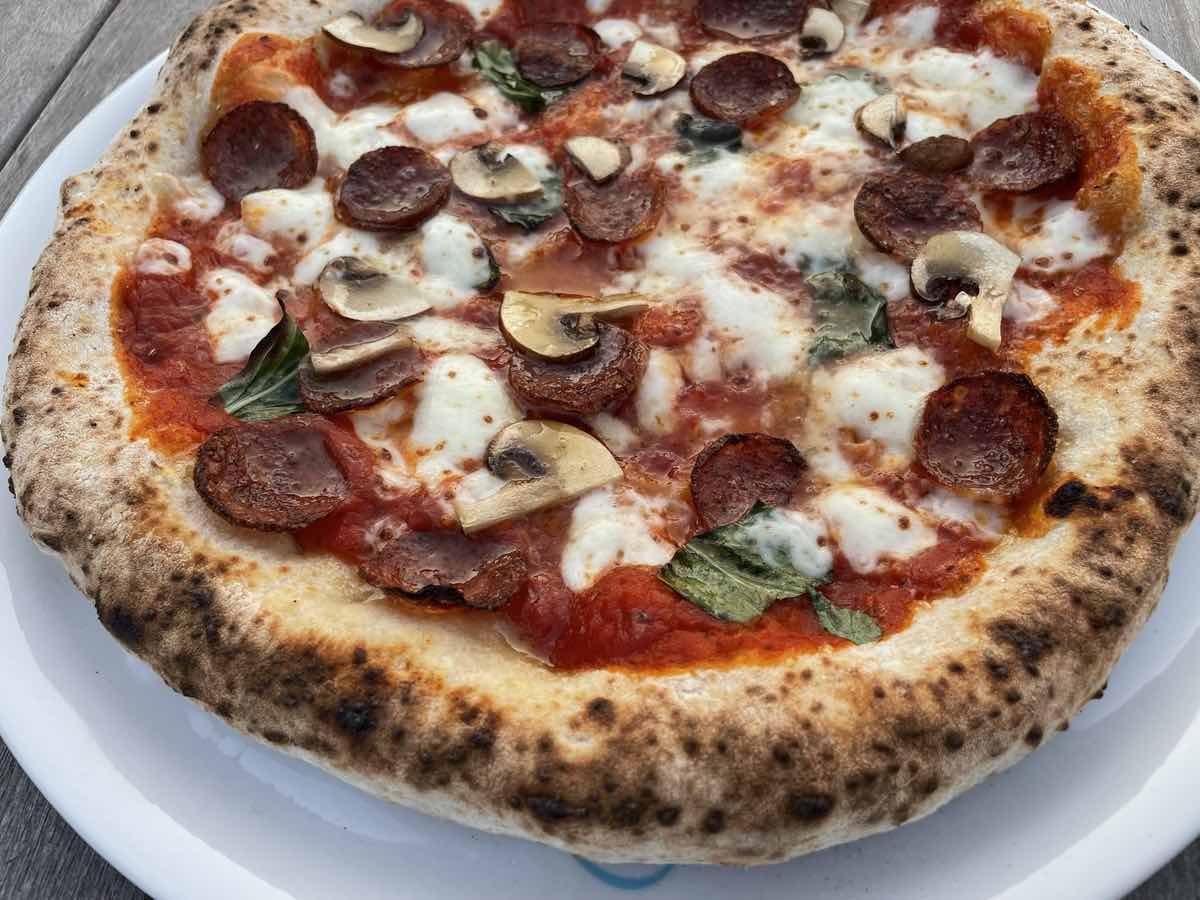 Salami and mushroom for myself. Again, with minimal cheese.

Unlike what I had planned to do when I wrote my last notes, the hydration on this was only 70%, not 72%. But - I think that's kind of good. Again, the dough was much more elastic than I was expecting. I think pushing the hydration any higher might have been bad (though, I'm certainly going to try it anyway).

For Madeline's and Aiden's pizzas, I turned the flame down in the oven a little bit, since Madeline likes her's cooked a little bit longer than traditional neapolitan, and I did Aiden's the same. Mine I cooked on full flame + the help of some extra wood in the oven too. It felt like it cooked under a minute, but I wasn't timing it.

I always throw a little bit of sea salt on top of the pizza, this time I used some which had some dried rosemary in it. When I was eating the crust I could really taste it, and it was just delightful.