A Couple of Dough Tips

A couple of tips for you, dear reader. 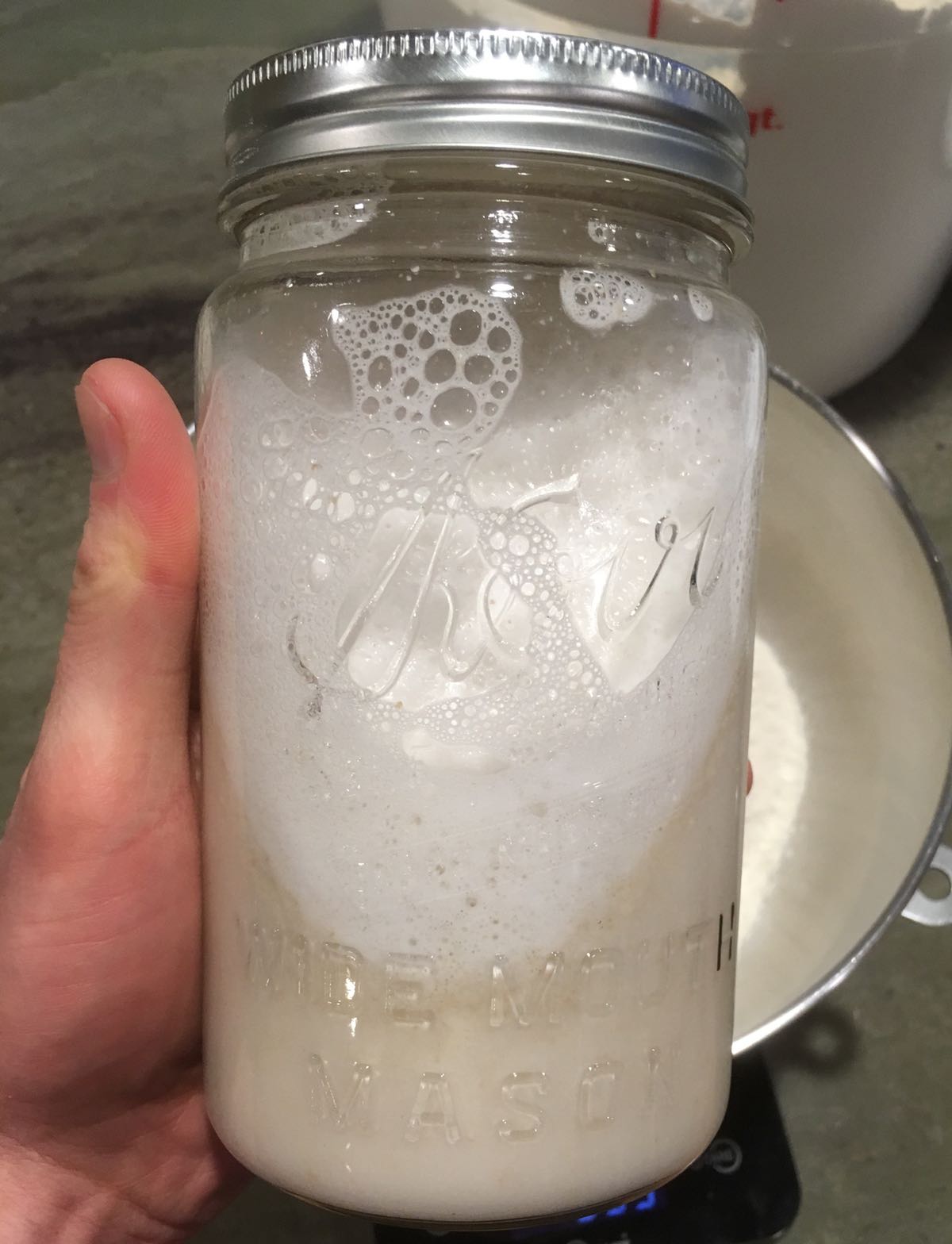 This is a large image, showing my hand and some questionable liquid.

If you have a large mason jar (as seen above) it can be a time saver to add all your liquid soluble ingredients (water, salt, oil, yeast/starter, etc) into said mason jar, shake it all around, and then pour everything together on top of your flour before handing everything off to your mixer.

I first started doing this a few months ago when feeding my starter (but with smaller mason jars). I found the workflow of mixing old starter with 50% water, shaking everything up quite a bit so it's as above, and then stirring in my 50% flour to be a cleaner process. It also more evenly distributes the older starter among the new flour. Turns out it's also a great process for making dough.

OK, onto the second tip. 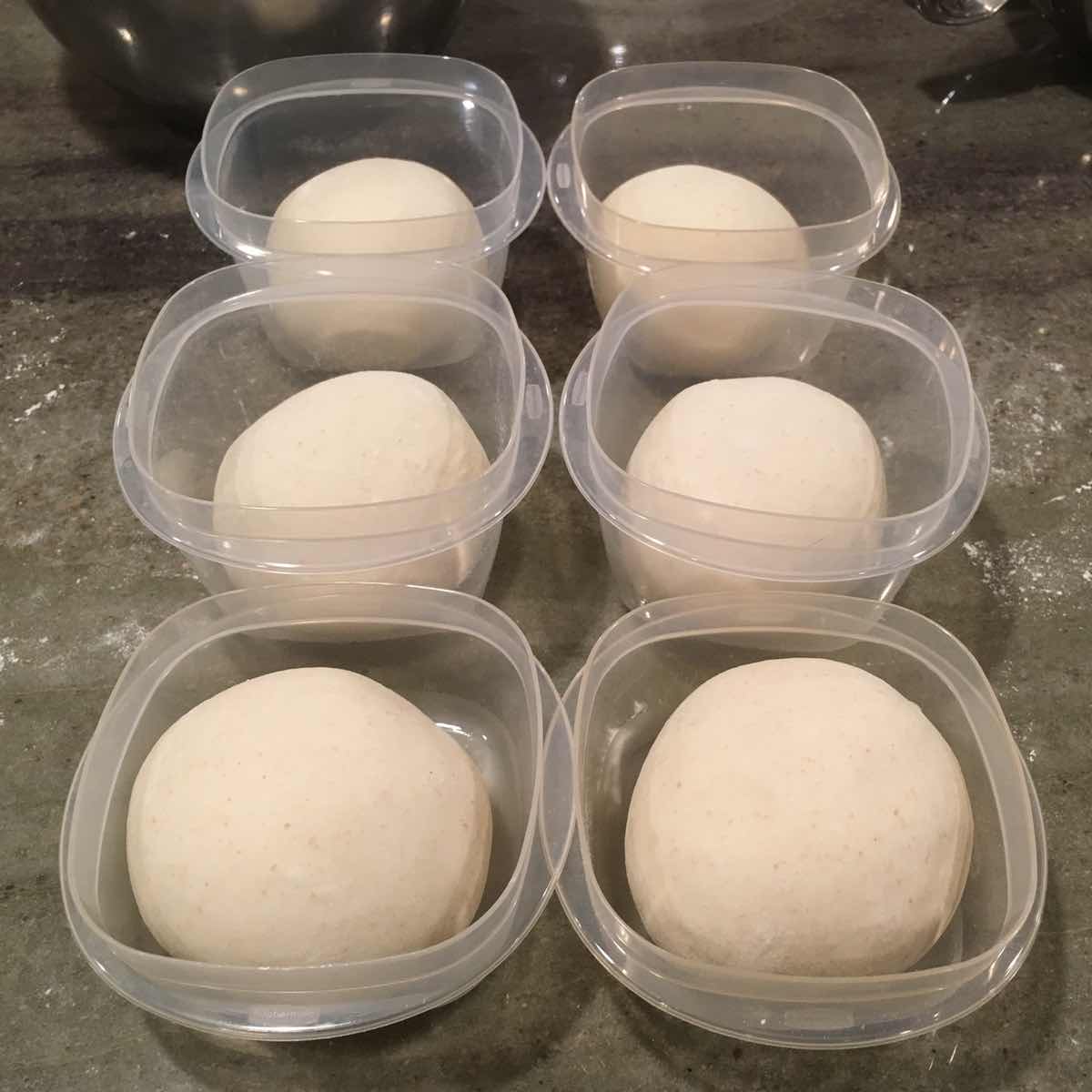 I found when hacking up my new oven that it was annoying to make pizza dough every other night when I wanted to test something out. Especially since I only wanted one or two pies for my tests.

Now, this isn't exactly new information (sorry). You can make your dough ahead of time, ball it up, put it slightly oiled containers (as seen above), then you can have "overnight" dough or even keep it a week or a bit more in the fridge. If you want to have pizza later on, you'll take your dough out ~12 hours ahead of time to give it ample time to warm up, activate, and raise. Then you get to have pizza. Yum.

Small containers are awesome if you don't have a lot of room in your fridge, but it can complicate things when raising. You'll notice in the above images that there isn't much room for the dough to expand. In fact, if you try to do that with the lids on, then you're going to blow them right off (because of expansion of the gas in the dough) and if you're not around to catch that, you're going to have funky dry dough.

Instead, you'll need to transfer it into a larger container or do something like this:

Since there's more room for expansion, and the lid of the outer container isn't super tight- things aren't going to explode and dry out.

Using the above technique, and using starter, I've found that I can even go 3 to 4 weeks with this dough in the fridge (this may or may not work with active dry yeast). But that 12 hour planning ahead kind of sucks. What if I'm really really hungry and I want that pizza an hour or two after removing it from the fridge?

This takes a bit more planning, but it's doable. Let your dough raise as described above, and still in the little container. Let it double in size so it raises just to the top of your smaller container, and then put the lid back on and shove it in the fridge.

When cooling down in the fridge, you're stopping (or slowing down by a lot) the activity which was raising your dough. It's frozen in time, just about ready to be put in the oven.

Then when future you is hungry you can pull your raised dough out of the fridge and just let it warm up. It'll still turn out great. Here's an example pie made just that way.