Discovering The Science Secrets Of Sourdough

"Those first bubbles were almost a revelation. A couple of days before, I had mixed together flour and water into a paste. But now pockets of gas percolated through that seemingly inert glob. It was breathing. It was alive.

"This gloppy mess, exuding a whiff of vinegar, was my nascent sourdough starter. When mature, it would be a pungent brew of yeasts and bacteria, a complex ecosystem that would hopefully yield delicious loaves of sourdough bread.

"As the microbes eat the sugars in the flour, they exhale carbon dioxide, producing the bubbles that turn a flat, dense loaf into something light and fluffy. A starter breathes life into bread. If the loaf is the body, the starter is the soul."

Over the years I've attempted to use starters for my pizza dough, without any success. I could get various starters going but the flavor it invoked just wasn't something I liked.

That's a lot. I knew that frequently feeding your starter would make it less sour, but … four times a day. That's commitment.

So when I returned home from my trip, I made a new starter, and I fed it. A lot. It became super active, and I was soon feeding it 3-4 times a day.

And I knew the temperature it lived in would change which microbes became more active, so bought a little round thermos from a thrift store, a temperature controller, and stuck a seedling heat mat in there. 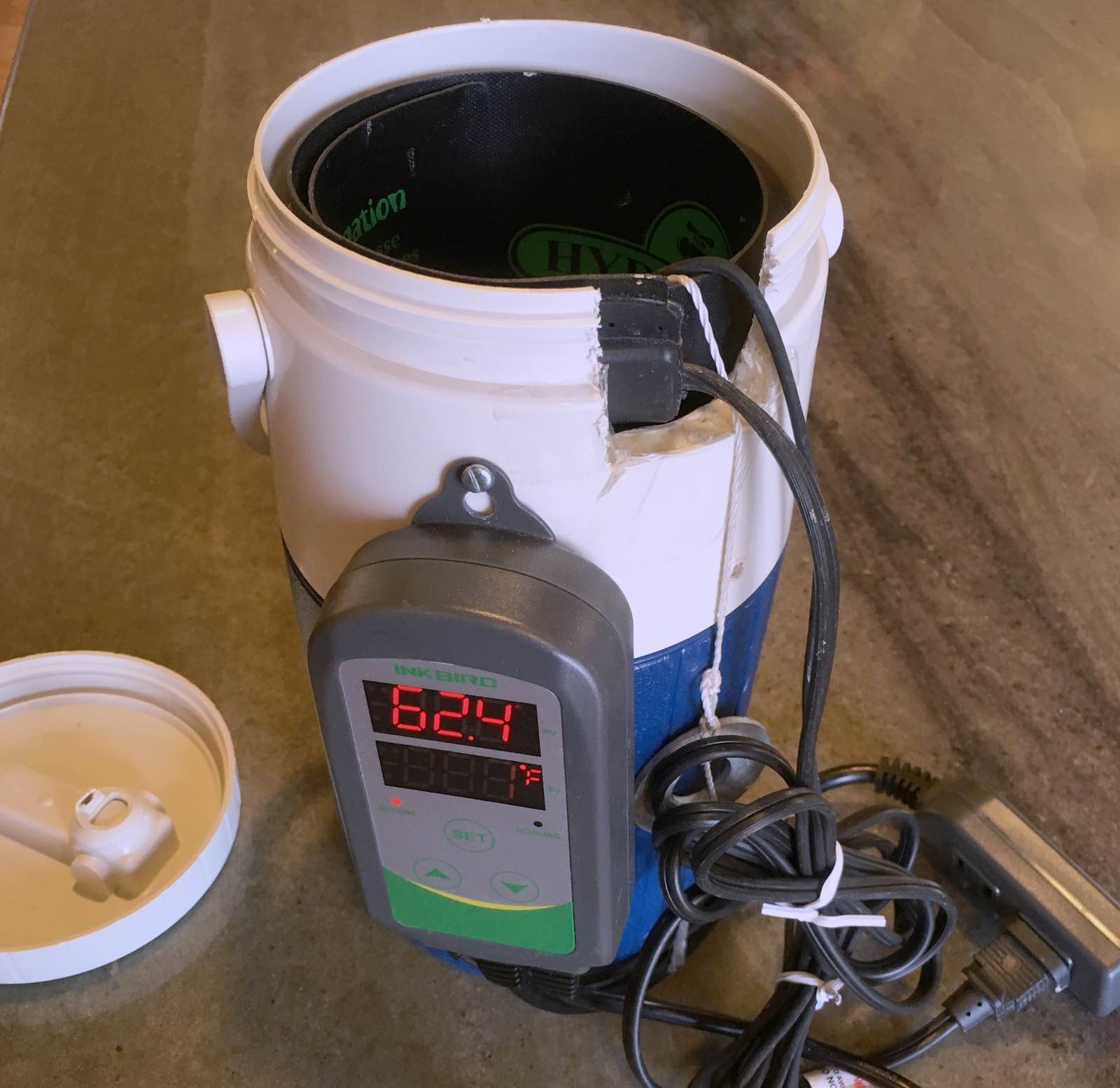 Pretty soon I had a starter with really good flavor and very little sour to it. And for the past 6 months or so, I've been using using it in my pizzas.

At first I would just add 1-2% as a flavoring agent in addition to the normal yeast amounts. Then I started ramping up the amount of starter I'd use to 10% and even pushing it up to 20% at times.

I'd try experimenting by not adding any yeast, or maybe just a tiny bit. I'm still learning what the best ratios are, and even what temperature I keep the active starter at. This past weekend had it a 84 degrees, 10% starter, and 1/4 teaspoon of yeast for six dough balls (it turned out pretty awesome).

I have a whole routine I use to store and swap out older starter that goes dormant in the fridge, and what I do to re-train it to get it ready for pizza on the weekend. I'll probably go into detail about that some day in the future, but the takeaway from this post is: if you haven't been happy with starter in the past, maybe try again? And do everything in your power to keep your starter in a stable environment so things like feeding schedules and temperatures don't throw everything off?

It's nice having a new area to explore with my pizza making. And my starter's name? "Magic".