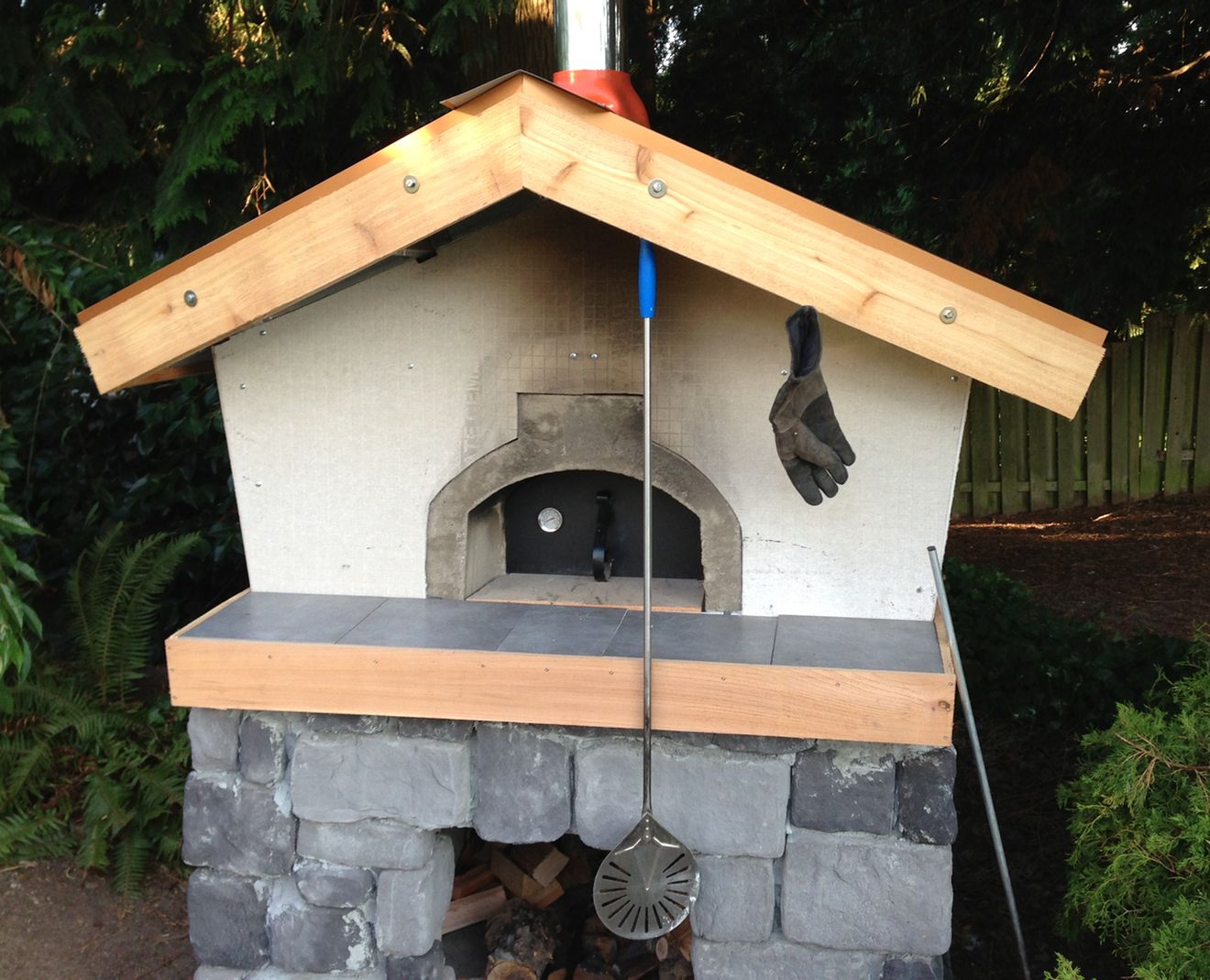 Dante is coming along as you can see. Once the siding is picked out and I figure out what to do with the front, I think I'll be calling it done. I'll also have to cleanup the stonework as well.

The pizzas are turning out pretty fantastic as well, as long as the wind is blowing the right direction. A couple of weeks ago the winds shifted and was blowing right into Dante's mouth- and wow does that make it hard to keep him hot on the inside. At least the changing winds brought some rain, which hadn't happened for months.

For dough, I've pretty much settled on a blend of 60% Caputo pizzeria flour and and 40% Pendleton's high gluten Power Flour. I make it in bulk at least 12 hours in advance, and then 6-4 hours ahead of baking, I'll ball it and let it raise again. It's been pretty much flawless using this procedure.

I've also started making my own sauce! And after trying about 5 different types of canned tomatoes, I've settled on San Marzano crushed tomatoes, which I add a tiny bit of sugar to and then cook on low for a long while. I'll also use an immersion blender to make it saucier, and optionally add a little bbq sauce or aardvark jerk sauce if I'm in the mood. It's super easy, and I don't know why I didn't do this years ago. If you're not making your own sauce- you should at least give it a try.

And here's something else to try- if you have some fresh plums (which we have from a tree in our back yard), try slicing one up into thin pieces and then put it on your pie before baking it. We did that for the first time today, and it was pretty good.