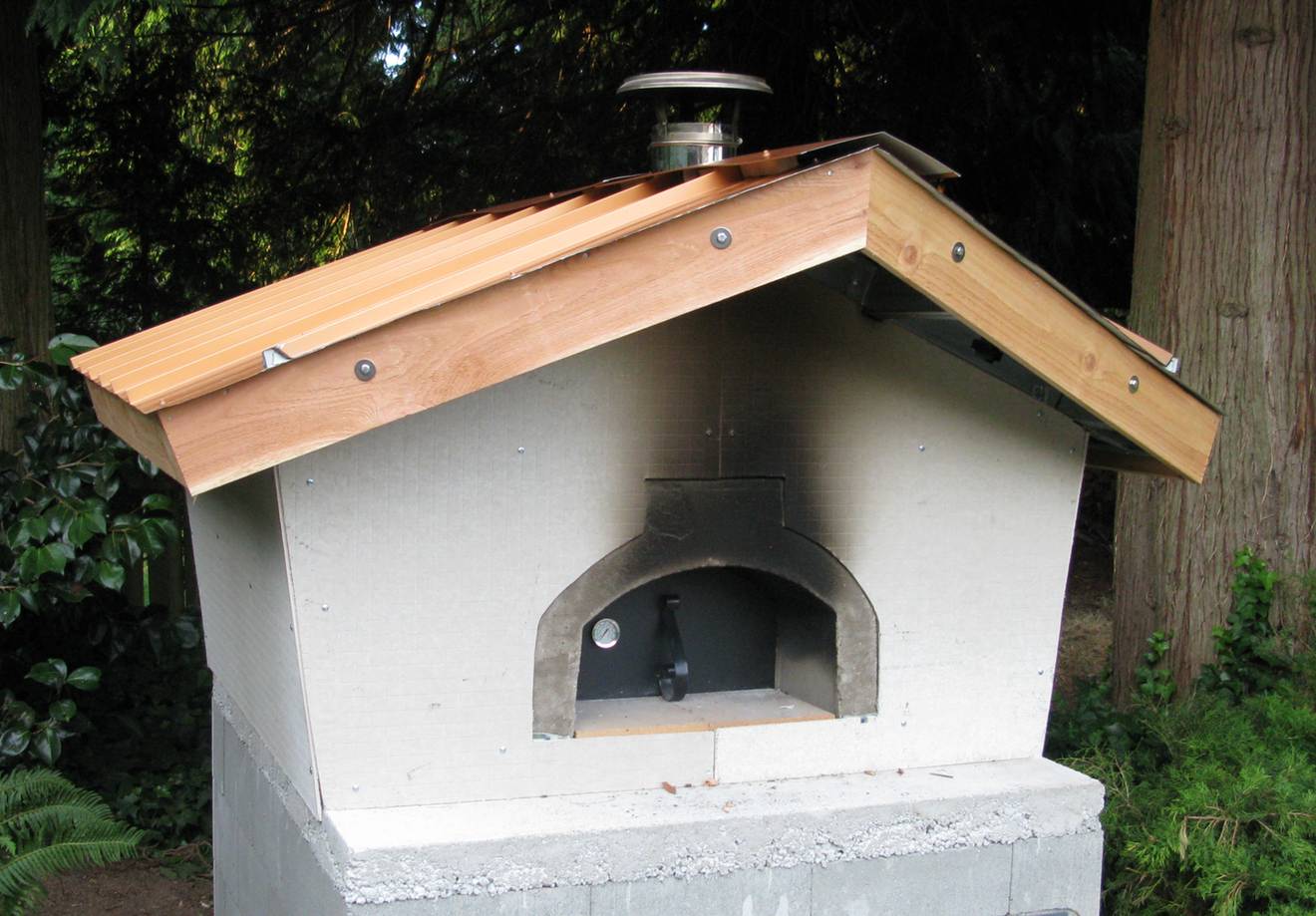 I installed most of Dante's roof today and got the trim started as well. It was nice to take a break from working with cement and metal, and being able to cut into some cedar and smell how awesome it is; it's been way too long since I've done any real work with wood (the roof is metal, but I'm mostly just using snips to work with it). I still need to tighten some things down and add more trimmings, but if it starts raining I'm not going to freak out.

Surprisingly, it hasn't rained a single time since I've started this project- since at least July 15th! I've been pretty lucky with this. The grass, not so much.

I also picked up the cobblestone yesterday, which will go on once I'm finished with the roof. And here I thought I was done with mortar.

Look at the front of Dante, you'll notice that there's a streak of soot marring up his face. There's two reasons for this:

1) The wood I was using wasn't dry enough and it wasn't catching fire quickly. So there was lots of smoke.

2) I put on a home made spark arrestor at the top of the chimney when I first put it together. Turns out this was causing Dante not to draw air very well, so I took it off and presto- no more smoke out the front. There aren't that many sparks making it out of Dante, so I might keep it off, at least during the wet season.

Speaking of dry wood- here's a little trick I've been doing lately which seems to help. Once the temperature of Dante is down to just below 200° (usually the next day), I'll stack a small amount of wood in him and let that sit there till the next use. Then I'll split it up and I've got some über-dried wood that catches like nobody's business the next time I light a fire in him.

And speaking of wood- I'm also going through my stack of apple wood faster than I had originally planned. I need to start looking around for some oak maybe.