I feel like I've finally got Marvin working perfectly with my latest hacks.

But first, a little progress report leading up to today.

Over the past week I've setup Marvin (my hacked Weber + KettlePizza) in three different configurations in response to me purchasing a "Grilled Pizza Stone".

The Grilled Pizza Stone (which I will now shorten to "BFPS") is a giant pizza stone meant for 22.5" grills, just like Marvin. But unlike most of your general purpose pizza stones, this one is made out of cordierite which supposedly enables it to withstand temps of up to 2300°f. Sounds perfect for my case and maybe it'll keep me from sliding my pizzas off the end as well.

Run #1:
Well, I made a rookie mistake the first time I used it. I didn't stack any tiles below the BFPS so the stone ended up getting way too hot. I learned this when I first started using Marvin, and you'd think I would have remembered it. I also had quite a struggle getting Marvin up to temperature for some reason.

Anyway, I ended up with some disappointing pizzas.

Run #2:
This time I laid out some quarry tiles below the BFPS and got Marvin up to temp. Once again it took Marvin a while to get up to temp and he didn't get nearly as hot as I was expecting. I finally realized that the extra coverage from the BFPS was hindering airflow. So I opened up the lower door and this seemed to help things a bit, but not too much. 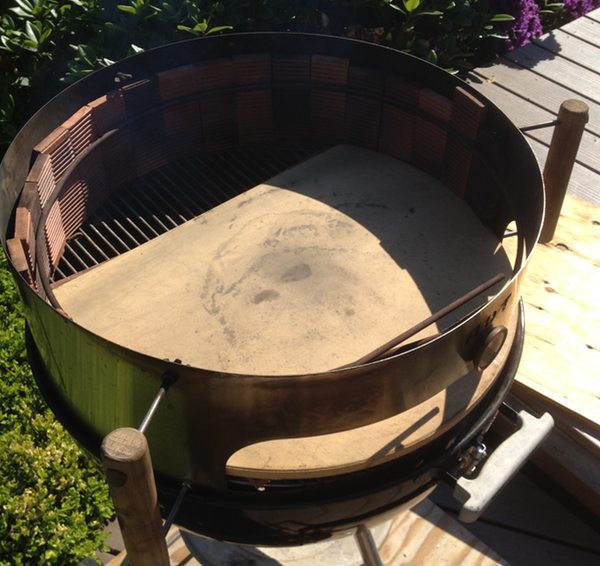 This time it took too long for the pizzas to cook and the crust had a strange flavor to it. I don't know if it was the lack of o2, or the stone, or what. And the cheese I used (some fresh moz) was wonky. In the end, the pizzas sucked and Kirstin couldn't even finish her crusts.

I AM NOW BOTH DISAPPOINTED AND FRUSTRATED

I'm also getting slightly pessimistic about the whole damn thing. Why am I hacking on this fucker when I could just buy or make a traditional pizza oven? Because I'm curious and I love making little hacks like this, that's why. But UGH, this is frustrating. There is a limit to the number of pizzas even I can eat in a week and it takes at least 24 hours between runs to reconfigure things and try something new.

So I take a break for a few days to brainstorm and maybe rethink about how I'm going about things.

The KettlePizza is put together with 6 wing nuts on the inside, and you actually rest a grill on the 3 lower set of nuts. I originally thought this was a bad idea but it seems to work out well, even with the extra amount of weight that I put on it. You can see a good closeup of it in action on the KettlePizza website.

So there's 3 wing nuts on the bottom, and that leaves 3 more on the top which could also hold another grill (and the PK folks actually advertise this on their site). So in addition to the grill, I thought hey why not put the BFPS up there? It would lower the roof, and probably do a better job at radiating heat than the tiles I had bolted on the lid: 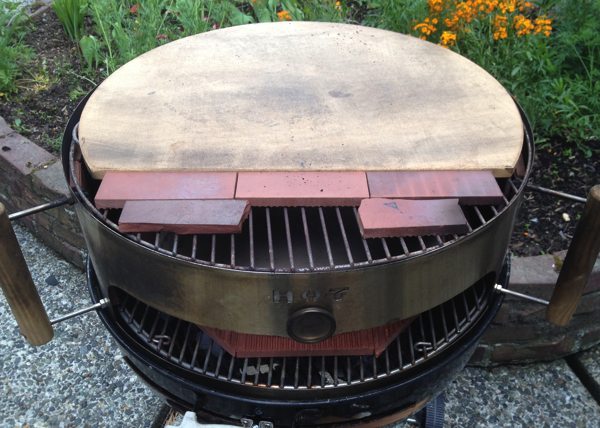 The other thing I did was use less tiles below, hopefully allowing more o2 to get around and letting Marvin get up to temp faster.

And boy did it. I got the charcoal going, put the lid on (after taking off the bolted tiles), and kept the lower door open. Marvin was up to 700° in no time.

Time to put a pizza on! 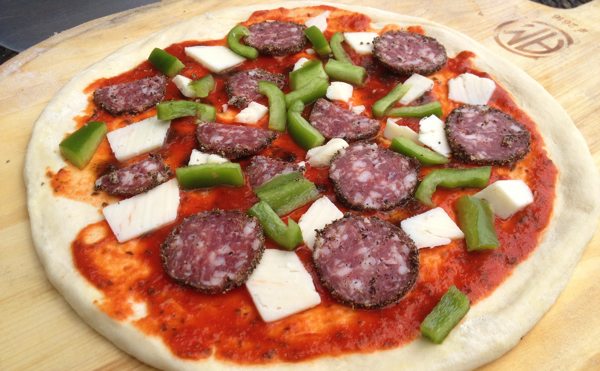 Oh yea, this is going to be good 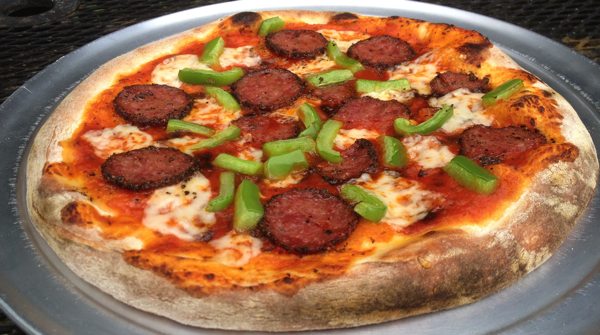 So I ran into a problem. The top was fully cooked and the bottom… not so much. Why? I didn't spread out the charcoal at all after being burnt (har har) from run #1, that's why. They all just sat in the back, providing little heat to the lower stone. Luckily this is really easy to fix thanks to the door I installed. 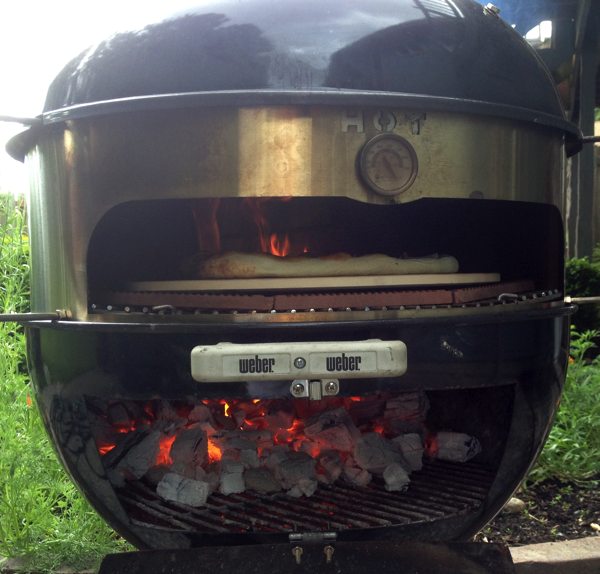 Charcoal spread out a bit 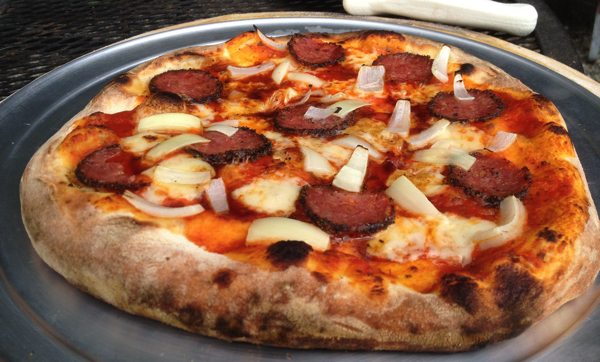 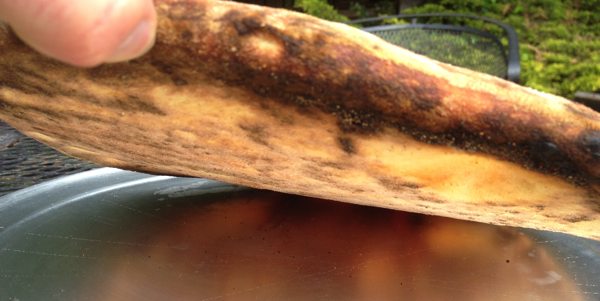 That's what I want to see

I have cracked the KettlePizza code, and I am a happy man.