It was a beautiful day in South Everett yesterday, and after walking the dogs in the sunlight, getting some coffee, staying at home and doing a bit of programming, I decided to make a couple of pizzas.

I Got the charcoal started with my chimney and after ~40 minutes time I had some nice hot coals. I dumped them into Marvin and poured on some Royal Oak lump charcoal that I picked up. Someone on some forum somewhere on the internet suggested Royal Oak because apparently it only uses oak and that might be good. Or something. I also picked up some pieces of hickory to throw on for the final heat (I was worried it would make my pizza tasty funny- but it didn't).

Once the lump charcoal got Marvin up past 700, I threw in some of the hickory and 20 minutes later took the pic above. 901.2°. Possibly. It's really just an educated guess.

On to the pizzas! 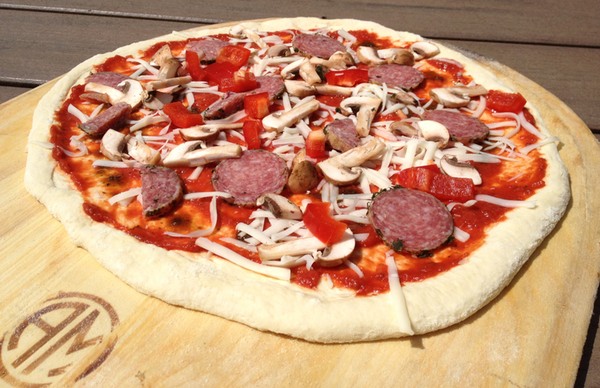 The above is what happens when you push your pizza in a little bit too far, and it falls off the edge of the stone and gets burn to a crisp. Luckily it doesn't ruin the whole pizza. 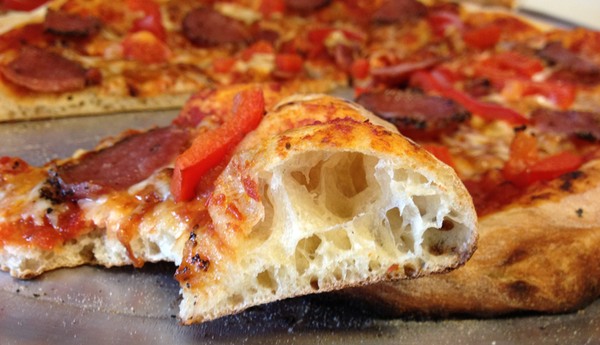 I think I might have actually had the oven just a little bit too hot. Next time I'll have to use fewer pieces of hardwood.