Real Success with the KettlePizza

Recently (last Saturday to be precise) I hosted the first ever "Mueller Pizza Lab" event at my house, where I invited some friends over and made them try out my crazy pizza experiments. I had a bunch of toppings left over from a previous dinner and I couldn't let them go to waste! I had also made some more modifications to my KettlePizza and wanted to see if I could bake a bunch of pies reasonably. 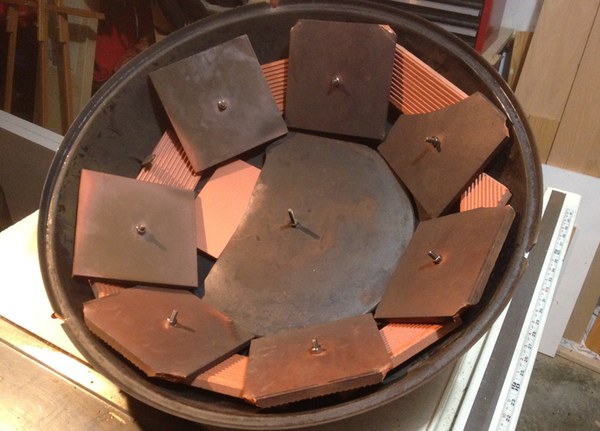 I'll be the first to admit it looks crazy. Those are 6" unglazed quarry tiles from Daltile, with an old pizza stone in the middle. I picked up the quarry tiles for about a buck a piece a little while back, because they are cheap and I don't want to ruin my good pizza stones.

What else did I do?

So how did it work out? Pretty damn well. After an initial warmup period I made 8 pizzas with no problems. I think if I had a more streamlined workflow I could have made 20 pizzas no problem.

I still want to make some more modifications to the weber, like a real door and some sort of support system to line the edges of the kettle with more ceramic tiles.

I also think that I should probably give my weber a name. Any suggestions?