Recently I've been playing around with adding 40%-50% durum flour to my pizza dough since I noticed that one of my favorite crispy breads used it as well. I also thought that previously when I used durum that things were a crispier, but I was worried it was just wishful thinking on my part. So the obvious experiment is to make two dough balls with everything equal except for the flour.

I started out by mixing the flour, yeast, sugar, and salt together in my mixing bowl, and added cold water as the last ingredient. By using cold water you'll get fewer pizza bubbles popping up when cooking (yay thin crust!, see a previous post on this). I also skipped kneading the dough; it just went straight in from the mixer. After that I covered the containers they were in and set them on a seedling heat mat in order to shorten the raise time since I wanted to eat my lunch at a reasonable time today. 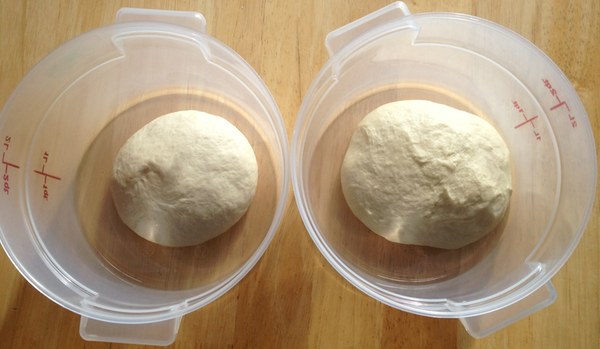 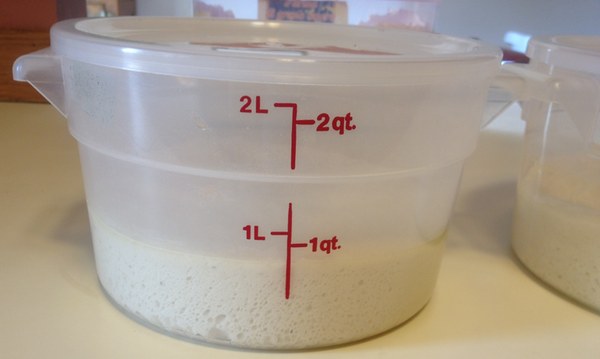 I decided to make the 00 pizza first. Flipping the container on top of my mat, it was pretty soft and clung to the container. I shaped it out a bit and found it was super soft- much more soft that I expected. I think using cold water threw me off when making the dough, as I go by texture and not weight or volume when mixing things. It's very possible that the cold water altered the feel of it a bit and I just didn't add as much flour as I should have.

After shaping the dough, flipping it over once (which I usually do a couple of times) it was ready to go onto the peel. 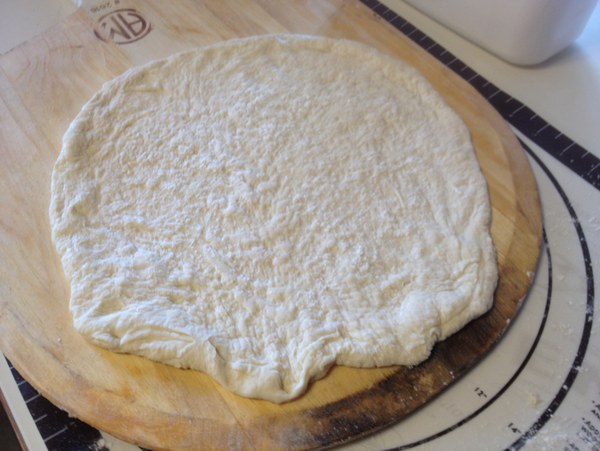 Did I mention how soft the dough was? The softness makes it super hard to get on the peel, but I managed. 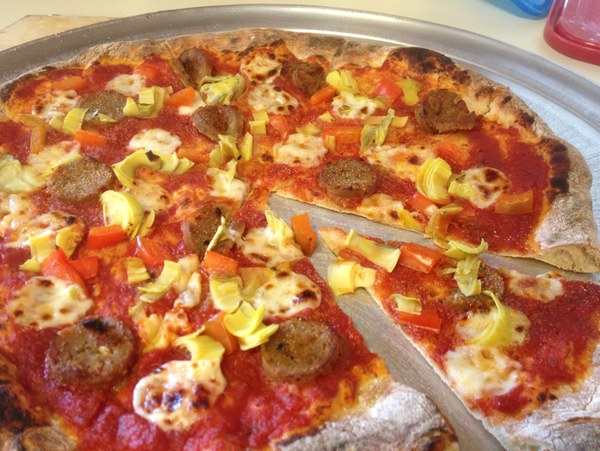 Out of the oven and sliced up.

It cooked a little over 3 minutes, which was probably just a little bit too long, but I was happy with how it turned out. Tasty pie. Artichoke, red pepper, and field roast italian sausage.

Amazingly, the D0 was even softer. I guess it's because the durum has a higher gluten content and combining that with the heat mat + the colder texture tricking me… it was crazy crazy soft. Normally I'll shape the dough out a bit, sprinkle some flour on top so it doesn't stick when I flip it over and shape it some more. HOWEVER, I didn't even get a chance to do a single flip it was so damn soft. So, you'll see a bunch of flour on the top as it lies on the peel: 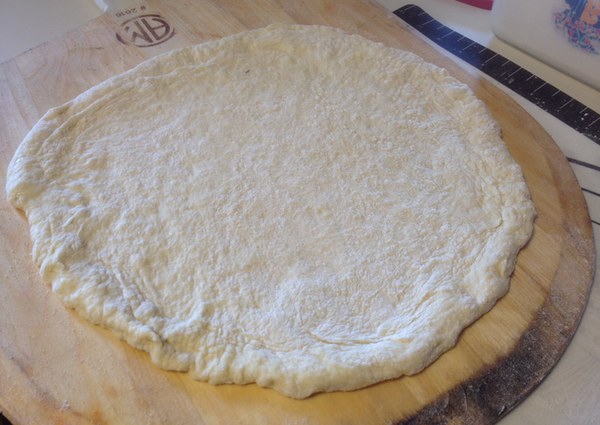 D0 with a thin coat of flour on top. This makes me feel like an idiot. 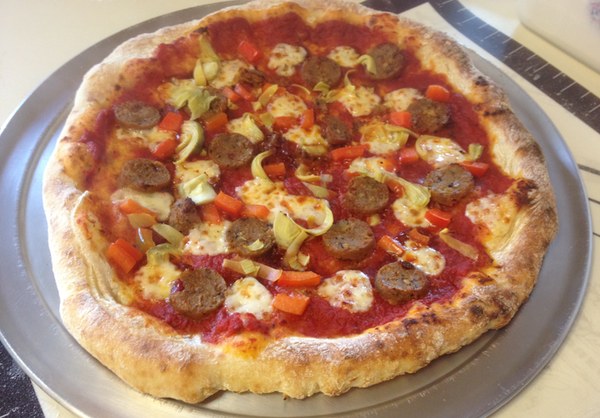 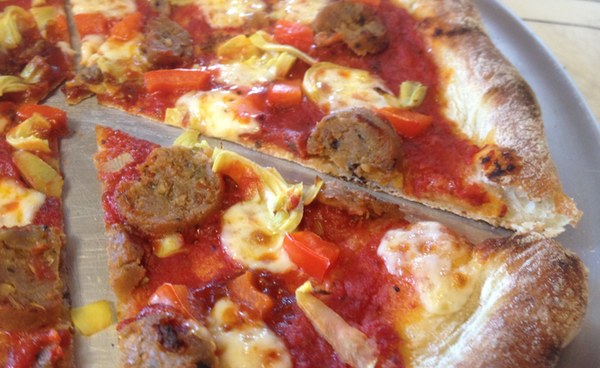 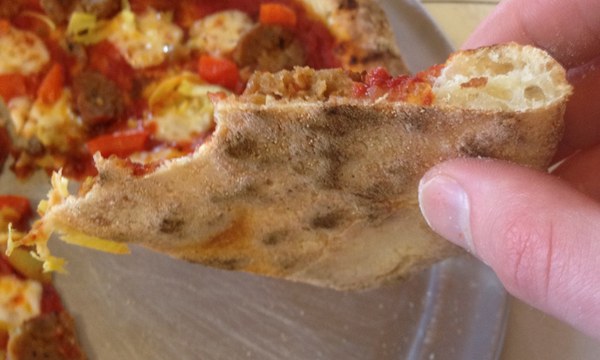 Wow you look awesome from behind too.

So, I was pretty happy with the 50/50 mix of durum and type 00 flour. Even after about 10 minutes, the D0 managed to stay crisp in the middle, where the pure 00 got a little bit soft. I'll be using this mix again in the future for sure.