I finally purchased a kitchen scale so I can pretend I really know what I'm doing when making dough. And maybe by taking exact measurements I can reliably reproduce pizzas I've made. Science!

So after dumping everything together in the mixer, walking away for a couple of minutes and coming back, I noticed right away that I didn't have enough water in there. Typically I use a ratio of 1/2 cup of water to 1 1/4 cup of dough, but I think the flour might have been a bit packed in my measuring cup so I ended up with more than I realized. It's easy enough to add water to the dough if you have a mixer, it just adds another couple of minutes of preparation to the process. I didn't feel like doing that so I took out the dough, hand folded it a couple of times, and put it down to raise. 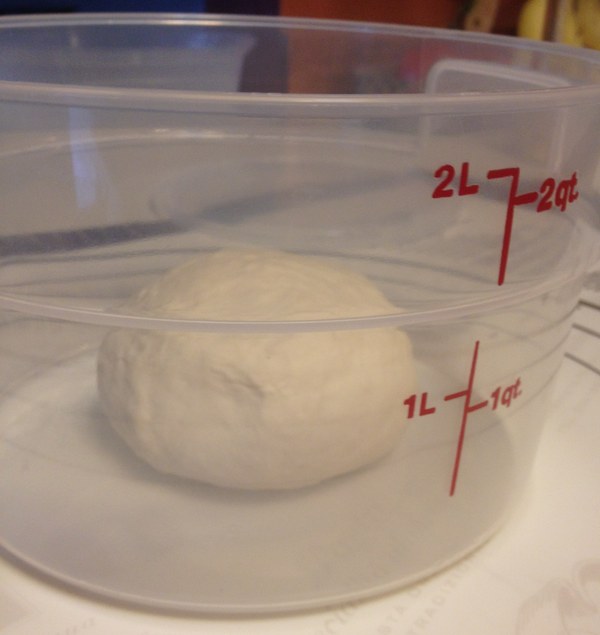 Fresh made dough, ready to rise

This dough wasn't nearly as soft as most I make (again, because I used less water than usual) and it was super elastic. I think the combo of the high gluten dough + less water is the culprit here. 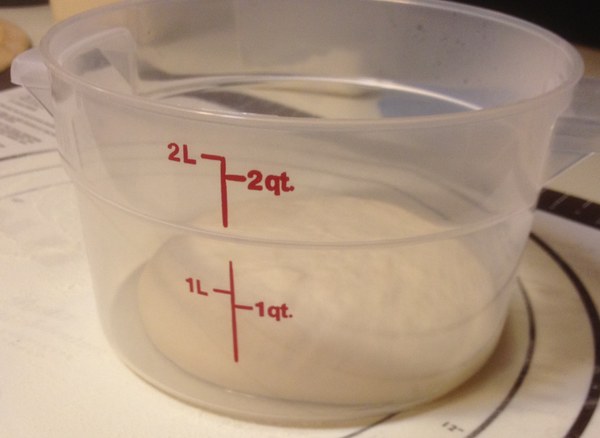 The dough after 2 hours

And now I'm wondering after a 2 hour raise (on the heat mat), why exactly hasn't it doubled? Is the gluten keeping it from pushing out? 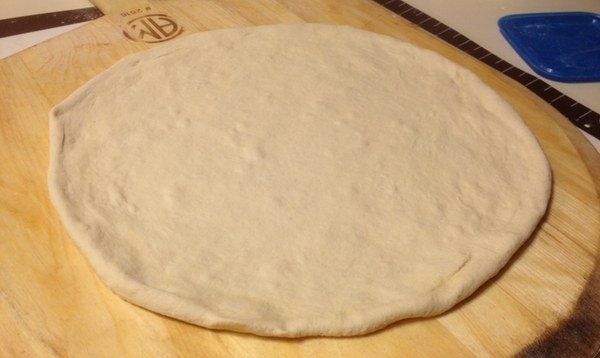 On the peel and ready to top

So here is something unexpected and awesome about this pie: it was super easy to handle. Trying to spread it out on the mat was no good- it wasn't soft enough. But if I held it over my knuckles and shaped it (fast forward to 1:30 in this video), then I got what you see in the above pic. I'm pretty sure if I wanted to toss it a bit it would have held its shape, but I'm not that brave. 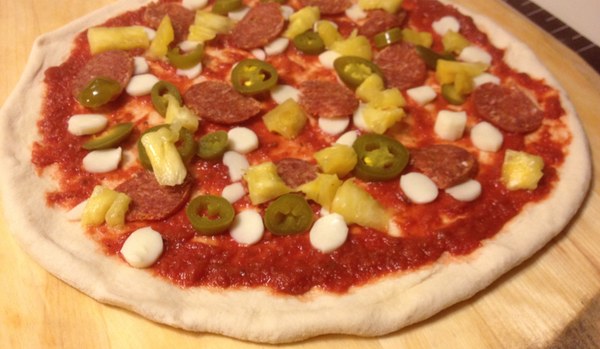 Toppings applied and ready for the oven 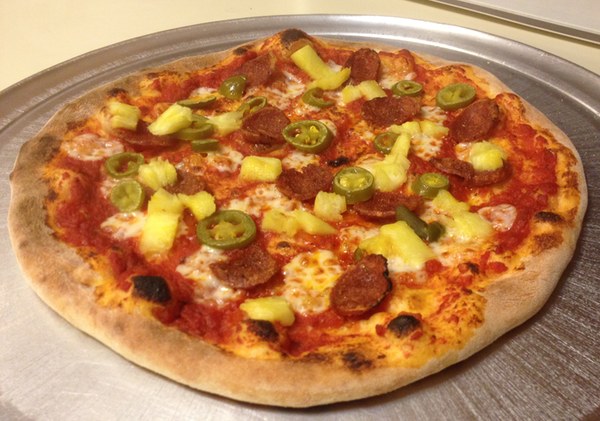 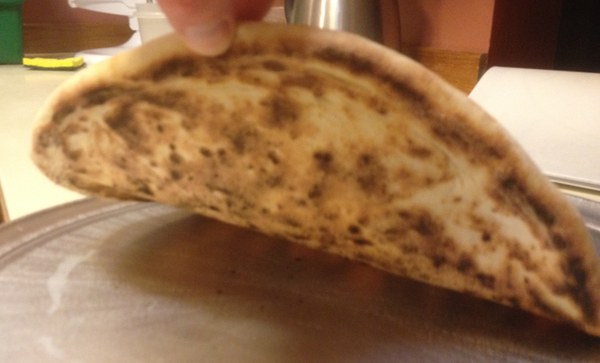 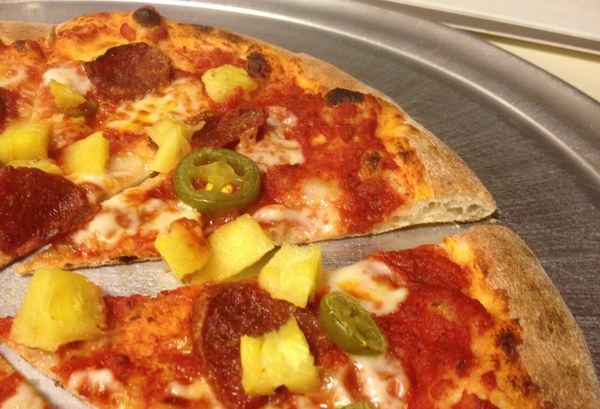 Thin in the middle, slightly puffy on edge

At some point I'm going to have to try and make a 00 dough and another high gluten dough at the same time, and see how they both turn out.